The following analysis shows the macroseismical effects based on a model hereby displayed. The reported macroseismic effects may vary (one or two levels, up or down) depending on the characteristics of local geology or buildings. If not expressly indicated, earthquake perception is intended during the day. Peak ground acceleration is expressed in cm/s².

Nearby cities 7 Km far from the epicenter:

A thunderous roar can be heard. The earthquake is violent; objects are thrown into the air. People are terrified; they can’t move or get out of buildings. There are lots of victims and injured. Ordinary buidings fall down and earthquake resistant buildings are damaged. Urban areas are almost destroyed; old towns and historical sites are razed to the ground. Pipeage breaks in several places. Dams are damaged. Rails are curved; many communication routes are interrupted. Bridges fall in pieces. There are gaps and cracks in the ground; big landslides come down from the mountains. Earth liquefies. A relevant tsunami hits the coast, worsening the situation. No reports comes from the affected area.

Nearby cities from 7 Km to 17 Km far from the epicenter:

A thunderous roar can be heard. The earthquake is violent. People are shocked and disoriented; they can’t stand on their feet and get out of buildings. There are many victims and lots of injured. Objects are uplifted; furniture is overthrown. Old houses and monuments fall down; old towns and historical sites are destroyed. The structure of ordinary buidings is damaged. Earthquake-resistant buildings are superficially damaged. Pipeage is serously damaged. From gaps in the ground mud and sand come out; ladslides come down. Several communication routes are interrupted; rails are curved. Bridges are damaged. A modest tsunami is generated. In the affected area the situation is severe; only a few reports arrive from the area.

Nearby cities from 17 Km to 31 Km far from the epicenter:

Seismic shaking is very strong; it is preceeded by a roar clearly heard by everyone. Furniture is overthrown. People panic, hardly move but desperately try to get out from buildings; there are only a few victims but several injured. Driving is very difficult. Old houses and monuments partially collapse; stutues fall from pedistals. Old towns and historical sites are almost destroyed. Ordinary buildings are damaged and can’t be accessed. Apparently earthquake resistant buildings aren’t damaged. There are big cracks in the ground; rocks come down from hills. Some communication routes are interrupted. Pipeage is partially damaged. A weak tsunami is generated. Even if the situation is serious, a few reports arrive through the internet.

Nearby cities from 31 Km to 54 Km far from the epicenter:

Seismic shake is very strong; people who drive on bumpy roads may not feel it. The event is preceeded by an intense and wide roar, often heard inside buildings. All objects, mirrors, glasses, fall down and break inside houses; furniture moves. People panic and run outside. There are just a few victims and injured. The structure of old houses and monuments is damaged; big cracks in walls; doors and windows break; tiles and chimneys break and fall. Ordinary buildings have shallow damages and can be accessed. A few cracks on the ground; only a few roads get damaged. Even if the situation is serious, a lot of reports come from the affected area.

Nearby cities from 54 Km to 89 Km far from the epicenter:

Seismic shake is intense and only a few people, inside moving vehicles, can’t feel it. The event is preceeded by a roar, often heard even inside the houses; who sleeps, wakes up. Furniture and objects vibrate loudly; unsteady objects fall. Doors and windows open and close. Chandeliers oscillate widely. People are terrified and run out of buildings. Someone gets hurt or is suddenly taken ill. Old buildings are damaged: cracks in walls; broken windows; broken chimneys. Ordinary buildings are not particularly damaged. A high number of reports arrive through the internet.

Nearby cities from 89 Km to 148 Km far from the epicenter:

Inside the houses almost everyone feels the earthquake, and sometimes even the preceeding roar; outside many perceive a vibration. Seismic shake is intense and wakes up several people. Objects vibrate, some of them fall. Chandeliers oscillate widely. Doors and windows open and close. People are scared and run out of buildings. Old houses and monuments are lightly damaged. Several reports arrive from the affected area.

Inside the houses, many people feel the earthquake. Seismic vibration is very intense and wakes up who’s sleeping. Chandeliers oscillate widely. Windows and objects shake;People are scared; many of them get out of buildings. Outside many people clearly feel the earthquake and hear the preceeding roar. Buildings are not externally damaged. Many reports arrive from the affected area.

Lots of people inside buildings feel a strong seismic vibration. Chandeliers oscillate noticeably; crakles and tinkles can be heard. Someone of those who sleep, wakes up. Several people prefer to go outside, as a safety measure. Outside several people feel the vibration, they clearly hear that particular sound preceeding the earthquake. Many reports arrive through the internet.

Inside buildings, some people feel a vibration. Chandeliers oscillate; A tinkle of glasses shattered can be heard. Someone decides to go outside, as a safety measure. Outside only a few people feel the earthquake; before the event, a few people hear a noise, like a far away thunder. From the affected area many reports arrive.

A relevant number of people, inside buildings in in quietness, feels a moderate vibration. Chandeliers oscillate; a tinkle of glasses shattering can be heard. People who perceive these effects  feel apprehension. Outside, only a few people feel the earthquake; someone hears a low frequency noise. A few reports arrive through the internet.

In the higest and middle floors, a few people perceive a light vibration. Chandeliers oscillate. People feel apprehension. Outside, almost nobody feels the earthquake.From the affected area, only a few reports arrive; sometimes a light sound is heard.

The intensity is irrelevant; the earthquake is recorded by seismic stations in the region. Even in the best-case scenario, almost nobody feels the shaking, not even in the highest floors. No reports come from the area.

Cities beyond 4915 Km from the epicenter.

Earthquake is unsubstantial; it is recorded by seismic stations with advanced instruments. Even in the best-case scenario, people don’t feel the earthquake. 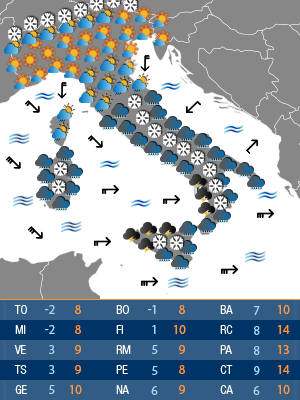 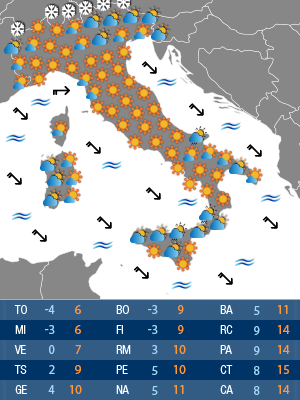